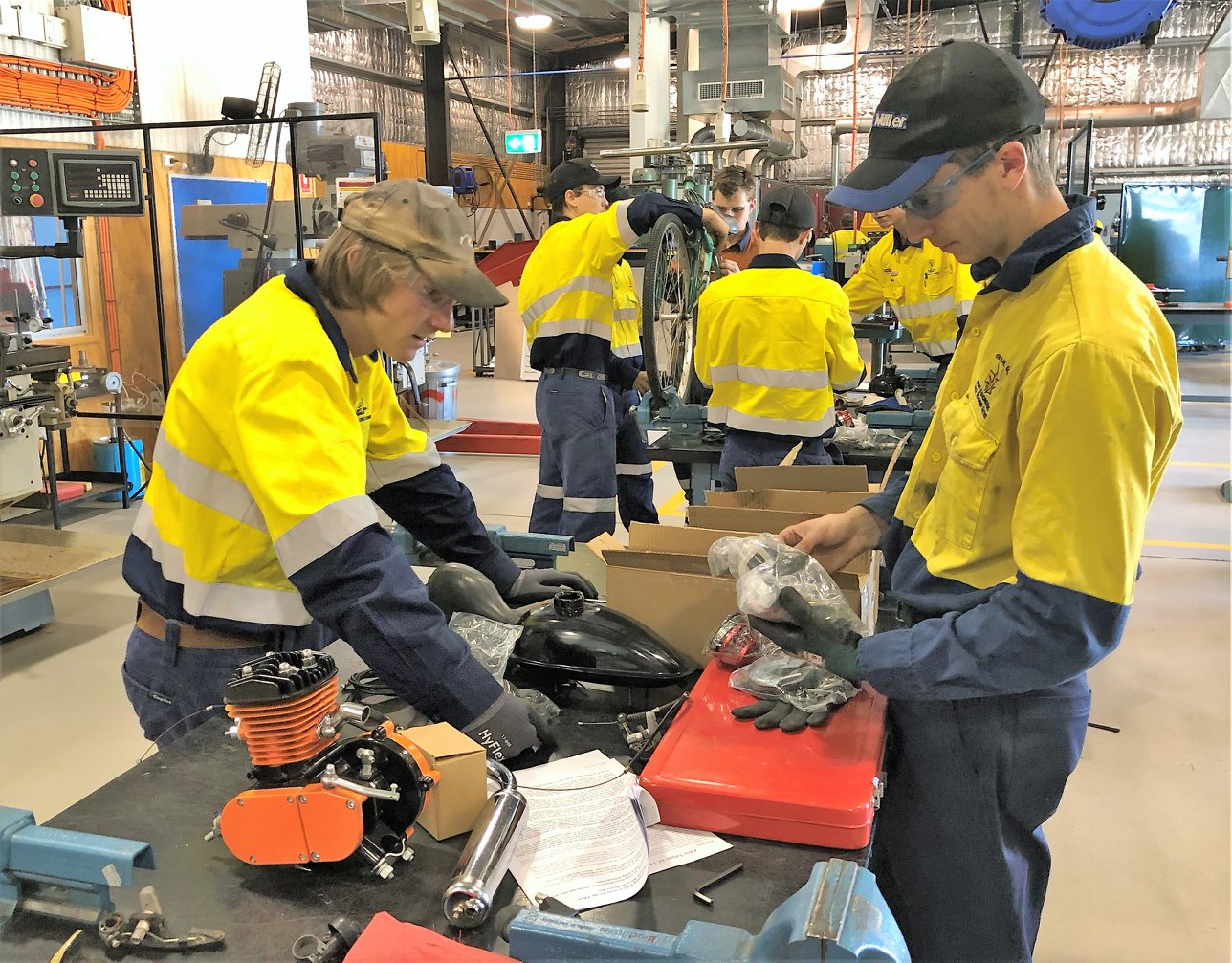 Students from Brisbane to Queensland’s far north west will this week get up close and personal to mining careers when they attend an engineering camp in the iconic mining city of Mount Isa.

The would-be engineers will go onsite at Glencore’s Mount Isa Mine for the Make It Now in Engineering (MINE) challenge in which they’ll solve real-world problems.

They will be mentored and guided by Glencore staff, before presenting their project to senior Glencore mining professionals.

Meanwhile, local students from Mount Isa and Cloncurry schools interested in trades will work with Glencore apprentices who will help them to assemble a powered pushbike, using bike parts rescued from the dump.

The event will take place at the Spinifex College Trade Training centre where they’ll work in a simulated mine-site environment.

The bikes will be judged by Glencore Management and a winner selected based on criteria such as safety, design and attention to detail.

Manager of Human Resources for Glencore’s North Queensland operations Leanne Ryder said the company was very proud to support local kids to engage in STEM subjects through such an innovative program.

“These camps are highly regarded by Glencore as we know a high proportion of students who attend end up on STEM or trade career pathways,” Ms Ryder said.

“This program is really important in not only demonstrating the kind of careers kids can pursue in resources, but also in equipping the next generation of technical specialists with the skills they need to drive and grow the sector, which plays such a critical role in the health of our nation’s economy.”

The QMEA is a partnership between the Queensland Resources Council (QRC) and the Queensland Government under its Gateway to Industry Schools program. It has 46 schools throughout Queensland.

QRC is the peak representative body for Queensland ‘s resource sector. The Queensland resources sector provides one in every $6 dollars in the Queensland economy, sustains one in eight Queensland jobs, and supports more than 16,400 businesses across the state, all from 0.1 percent of Queensland’s land mass.